Children’s Theatre SCA Oplenac
Children’s Theatre Oplenac SCA began operations in 2005 when he got the scene at the company where performances are held with the seasonal repertory theater and drama school in the Serbian language.
REPERTOIRE

The popular tale of a lost brother and sister who seduced a house of candy fall under the mercy of the wicked witch is told in a new way.
Director: Vojin Vasovic

By motives of famous fairy tales including Snow White and the Seven Dwarfs, Goldilocks and the Princess and the Pea, blended the beautiful story of good and evil, love and dreams imbued with humor, and told in a modern way.
Text: Aleksandar Urosevic
Director: Vojin Vasovic

According to folk tales featuring “mute language” there was this wonderful theatrical plays for children. Gašo young hero sets out to find the enchanted castle in order to free the princess zarodbljenu. In the fight against the evil elves, and great bittern specter helped by plants and animals as mute Gašo understand the language of nature!
Director: Vojin Vasovic

In the “Sylvia and a magic wall” viewers are invited to work with young actors dive into the world of friendship and growing up and be part of the magic wall whose drawings come to life characters on them. Following Sylvia in her adventures, the audience plays along with gluncima dolls and listening to advice from the closet monster, and all feel they are walking through friendship run and fly.
Text: Aleksandar Urosevic
Director: Vojin Vasovic

Kidnapping Snowflake play, the young Serbian author Aleksandra Urosevic, guides you through the adventures of Santa Claus and his secretary Snežice in the fight against the evil Count Frosty who kidnapped snowflakes, and thus “banned” Grudvanje and other winter magic. In this exciting children’s game of the wildest New Year’s adventure in the end I learned that Santa Claus and mrazolicija managing to handle the cold.
Written and directed by Vojin Vasovic

Premiere of the highly successful 27 December 2009, performed on the stage of children’s theater SCA Oplenac.

Wonderful stories about growing up on the famous text even more famous Serbian poet Dobrica Eric – Cake with five floors. The characters and the richness of the language of humorous verse drama in the village, make it interesting for all generations. Set in the Serbian village near the river Gruz and featured a young and spoiled Simi, eternal devotees of the mischief, cake with nuts and of course, one Peace. Through a piece of the main characters grow and mature in a very unusual way-by giving them, as sometimes happens, the choice imposed by the parents. Everything is imbued with the typical characters of Serbian villages, folk humor, delicious pastries and framed with a good plot.
Written and directed by Vojin Vasovic

Premiere performance was held in June 2009 in Oplenac will be remembered for its excellent screenplay, directed and performed a very impressive young members of the SCA Oplenac drama section.

“The Ugly Duckling and Santa Claus” is a story of human values: family life, patience, respect, tolerance and faith in love. All are referred to as our closest family. We are all different, each in their own way, and we should be open and sensitive to these differences. The virtues are always prizes. Patience, diligence, understanding and sacrifice the best qualities. Our Ugly Duckling would remind her mother, brother and sister to the New Year when all animosity should not be forgotten, when the difference should be accepted and when Santa Claus to make beautiful gifts – peace and blessing.
Written and directed by Mladen Obradovic

The play was performed in December 2006. year.

LET SOMEONE LOVES US

Moving story mixed feelings of love, grief, and children’s fantasy, set in a home for abandoned children. Little friends of all ages, experience on it own way what would be the reality, that their life was a little more friendly, and they grew up with her parents.
Written and directed by Dragana Zivic-Ilic

After part of our great man and writer Branislav Nušić, had its premiere performance of “Our Children”. Execution of this wonderful piece on Canadian soil marked the successful beginning of a such an important institution. An interesting and entertaining stories about what our children think of us, great to capture our mentality and humor.
Directed by Srdjan Simovic

Dates of the play:
– 11 September
– 09 October
– 06 November
– 04 December 2005. The music for the play was composed by Davorin Dinic, actor and composer who lives and works in Nis.
The reaction of the media and critics have been outstanding. Headlines from the “novelty” and “news” about the successful start, as well as enthusiasm.

WE ARE AWAITING SANTA CLAUS 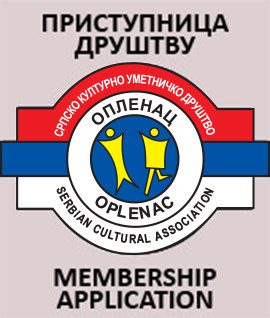